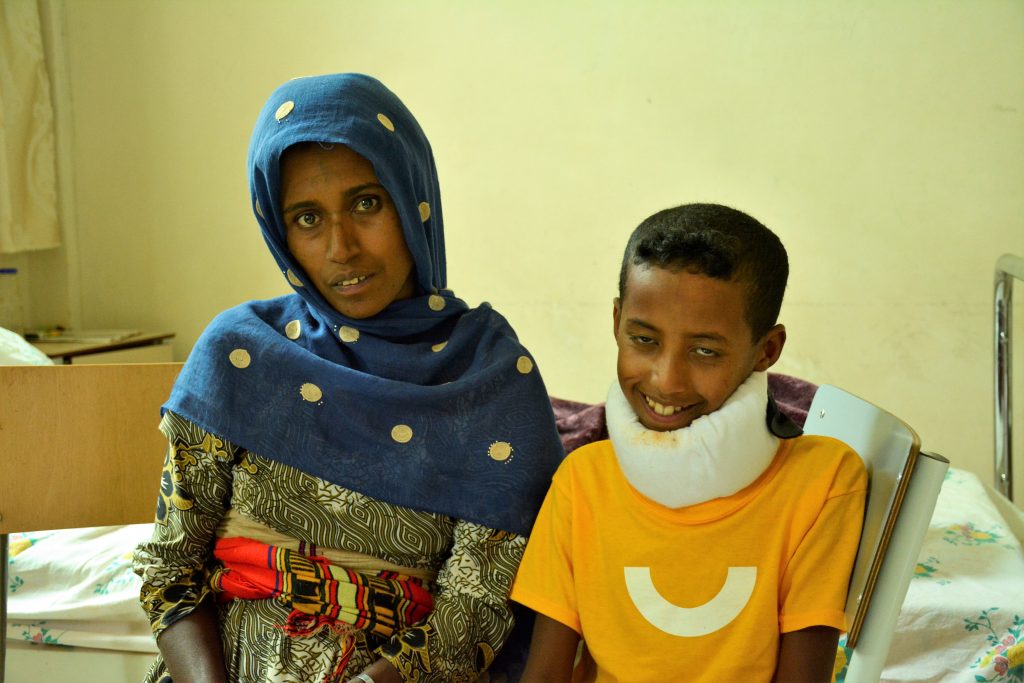 Mom Hawa Hassen and her son Husman Mohammed. He was teased and had to drop out of Grade 1.

Husman Mohammed is a 10 year old boy who unfortunately when he was 2, fell into the family’s cooking fire and was burned. He has had the surgery to release the contractures in his neck. Without the surgery, the scaring would have remained the same size as he grew, gradually pulling his chin and face down further into his chest. 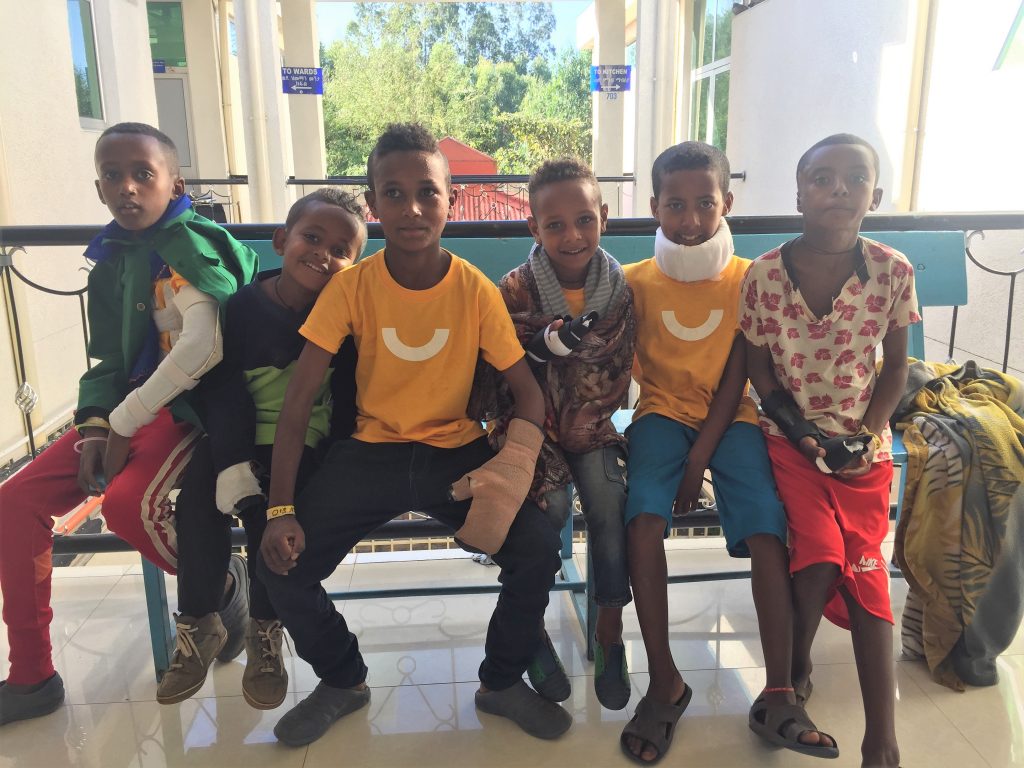 Husman has made many new friends on the ward and has a small gang of boys who play soccer in the hallways and will peek around the corner of our coffee break area to score cookies from us.

Husman has had an excellent recovery from his operation performed a week ago to release the contractures in his neck. He is with Dr. Genevieve L. Caron one of our surgeons who did the work.