RESTOR International believes in creating a self-sufficiency from our missions which means that our goal is to make a difference that is permanent wherever we go. This current mission is no different and one of our objectives is to share our knowledge with the local doctors and nurses. Tonight, most of the doctors from the Gamby Hospital joined us at our hotel to hear a presentation by Gayanne and Dr. Adil Ladak, our chief surgeon.

Many doctors from the Gamby Hospital attended our presentations. 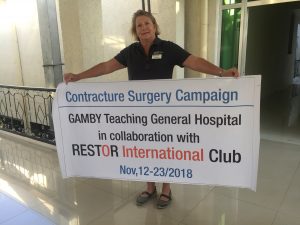 We were welcomed and Kim East then introduced herself to the doctors. Many years ago Kim and her husband spent 3 weeks in China on a medical mission. This was her first experience on a mission but, she was inspired to do more which took her to a number of missions in Africa. Kim was part of a team that came to Ethiopia in 2009 and worked in a hospital in Addis Ababa. The team came in with all of their equipment, set up and then packed up and left at the end of the mission. This didn’t seem right to Kim.
In 2012 Kim was on another mission with that team but, it was to be the last with them. Up to this point, we were performing cleft palate reconstruction. It is a fairly straightforward operation with good results and many organizations were doing them at that time. Kim noticed though, that many of the children that were coming to the clinic with cleft palates, were also suffering the results of untreated burns. Talks with the local doctors confirmed that burn treatment and reconstruction surgery is their greatest need now. These surgeries are complicated but, we decided to tackle a burn repair program which, we have perfected over the times that we have come to Ethiopia in 2014, 2016 and this year. Our program includes a local surgeon assisting, pain management for the patients, post-operative nursing care and ward management to name a few. We have included a physiotherapist on our missions as their splinting and cast making skills are vital for proper healing to take place.
But, Kim said that even if surgical teams were working non-stop, they could never keep up with the need. We need to focus on burn prevention. At this time, Kim introduced Gayanne Pacholzuk, a firefighter from the Kelowna Fire Department. 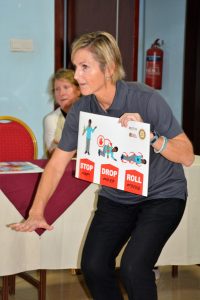 Gayanne is emphasizing the message in her Stop, Drop and Roll poster. 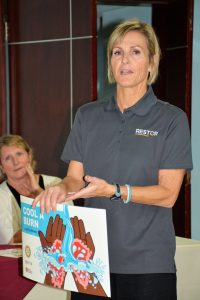 Only water on a burn she is saying.

Gayanne told the doctors about her visits to the Bahir Dar fighters, schools and an industrial plant to talk about how to minimize a burn through the Stop, Drop and Roll method and how to treat a burn with water only. She showed how the posters can be used by anyone to share their message.

When Gayanne was finished, Dr. Adil Ladak who has been on 3 missions with RESTOR shared the fact that there are about 265,000 deaths each year in the world from burns, mostly caused by open fires in homes. Cooking is a major cause of burns especially in Ethiopia. He said that a survey showed that 64% of people are taken to a hospital and 23% do put cold water on a burn but, almost half of the people questioned put butter or oil on a burn, 39% put egg yolk or milk on it. Cow manure, salt and dirt are also used by some. Water is the only thing that should be put on a burn. 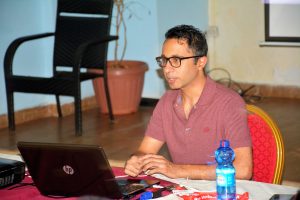 Dr. Adil Ladak is describing various types of burns and resulting damage to the body. 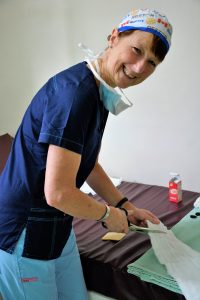 Dr. Ladak described the types and severity of burns and how they should be handled. The take away is that with prompt and correct treatment, the severity of burns can be minimized. He said that the Gamby Hospital has the equipment and they have been using it successfully.
Personally, I really like the direction that RESTOR International is going. 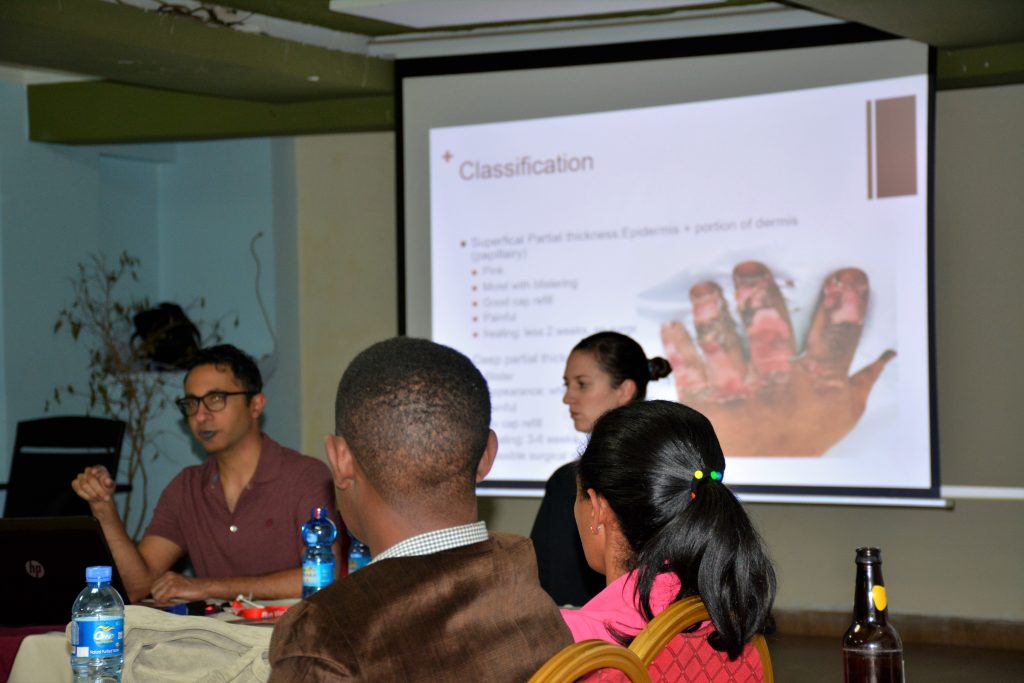 We are changing lives, even when we are not on site.